Founded on May 9th 2006, Fatality is one of the oldest pure clans in Runescape. Over time racking up wins and losses against every other top clan in existence defeating such names as Mayhem Makers and Final Ownage Elite. Fatality is one of the oldest and most prestigious pure clans to ever exist. For over 11 years Fatality have managed to adapt to Jagex's game changes & still stay at the top of the pure warring community. However when the Evolution of Combat was released, pure accounts were deemed useless & Fatality shut its doors for the first time. They later announced that they were re-opening since the Oldschool RuneScape servers had been released in 2013. 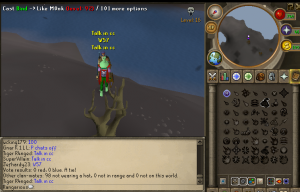