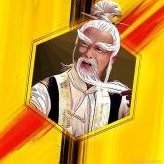 By puppyslush,
February 4 in Community Events